A look back at Hoyo de Monterrey, one of Cuba's premier cigar companies.

Hoyo de Monterrey cigars have a very deep, industrious, history as one of the Premier cigar brands coming out of Central America. Hoyo de Monterrey is a Cuban cigar which is owned by Habanos SA, a state owned tobacco company, and it has been in business for over 150 years. It was started by a man known as Don José Gener y Batet, who emigrated to Cuba from Spain 20 years earlier. It was at this time that he started his own cigar factory to produce a cigar line known as La Escepcion. A few years later, he used his property's profits to buy a tobacco farm in Vuelta Abajo, one of the most popular farms in Cuba. In fact, he named his cigar line after the area, Hoyo de Monterrey,  which translates to the "Hole of Monterrey". The brand became popular quickly due to both the reputation of the location and the qualities of the location itself. The concave basin the farm was in produced better tobacco than conventional land. The brand sold very well, including foreign areas such as the United Kingdom.  In 1931, the cigar portion of the company was sold so that Jose could focus on sugarcane.
Hoyo de Monterrey cigars were purchased by Fernandez, Palicio y Cia, a competing firm. With this group, they would create the La Hoyo series meant for export to Switzerland. After Ramon Fernandez death, Fernando Palicio would own the business as the sole proprietor, and at that time this one man owned 13% of all cigar brands in Havana, and he continued to own these companies until Cuba nationalized all the cigar companies, prompting Palicio to leave for Florida. He sold his company to the Villazon family, who continued to make Hoyo de Monterrey cigarillos and cigars using Honduran tobacco for the American Market.  Hoyo de Monterrey cigarillos and cigars are now produced in two factories, one in Cuba and one in Honduras. This brand continues to be popular among Cuban cigars for consumers and connoisseurs worldwide.
sidebar:
show more 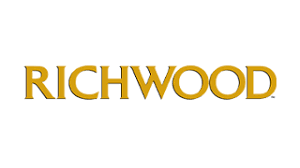